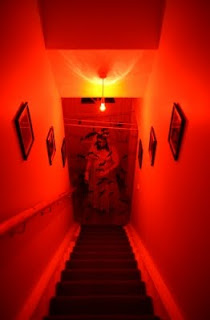 i have decided to begin ‘releasing’ demos from the (as of yet untitled) second album. these are ‘abandoned’ versions, in that they have now been discarded. new versions have been begun in their place.

here is a song from last year based upon tribal/carnival rhythms and a three-chord riff.

eventually the demos will make up a singular piece, separate from the final work.